Pa. Governor Tom Wolf announced on Monday, April 20 that the state’s stay-at-home order will be extended until May 8, previously slated to expire on April 30, as reported on The Patriot-News.

Wolf also announced he is taking steps to permit limited construction activity and online auto sales starting on May 8. He says that the order will be lifted gradually and only in certain areas where cases of COVID-19 are lower. It will then extend to other areas of the state. 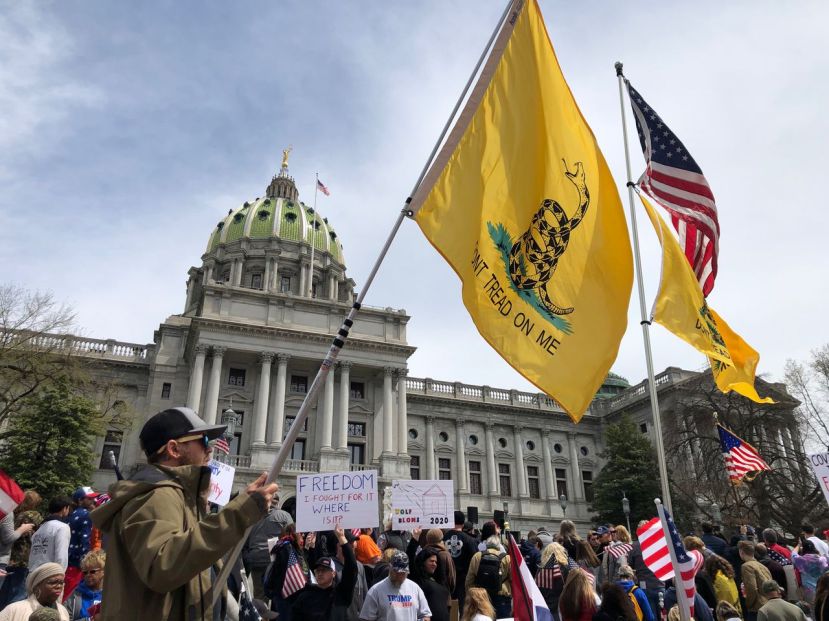 Crowd gathers outside Pennsylvania Capitol complex. Credit to: The Patriot-News

On Monday, he also made it mandatory that customers and essential employees wear masks while on the premises.

“Today, we are taking small steps toward a degree of normalcy,” Wolf said.

There was a rally outside the Capitol complex in Harrisburg protesting Wolf’s previous order as well. Wolf claims he did not see the protest and simply stated,“This is a democracy,” but hopes those protesting keep social distancing to mitigate the virus.