The Golden Bears’ Men’s Basketball team finds themselves trailing in the standings with a 10-12 overall record and a .500 8-8 record in the PSAC, coming off a loss to Lock Haven, 91-74. A rematch with Shepherd University this upcoming Saturday in Kutztown could be a chance at revival.

When asked about expectations for the game at Shepherd and the rest of the season in general, guard Tarojae Brake said, “Expectation’s to win. Every game counts at this point of the season. We just need to win. Like you said, we’re 10-12, and the way this year’s been going in the East, like a lot of teams are right there, one game behind us., Every game counts.” 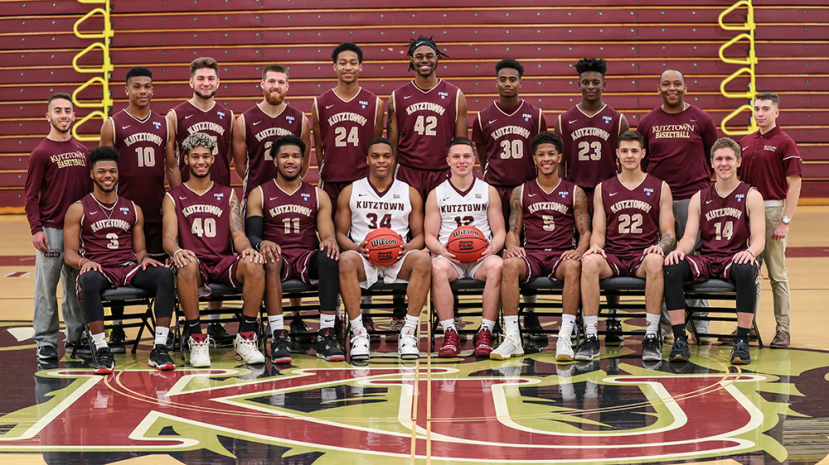 Photo courtesy of The Keystone

Shepherd beat KU 76-63 earlier this season.The Golden Bears are only a game or two behind Millersville and West Chester in the PSAC.

“We had some great wins, and some mind-boggling defeats that can make a coach go crazy, but they’re good, and [Shepherd] shoot[s] the ball extremely well, and we just need to guard them, guard around the perimeter, and don’t let them shoot,” said Coach Bernie Driscoll.

This year’s team also has new pieces to work with and have been struggling to maintain fluid team chemistry.

“I think team chemistry is one thing that we actually lack this year,” Brake stated. “It’s just like getting familiar with your teammates and playing with you teammates because we got a lot of new guys. It’s a lot of new guys’ first time playing with each other. And we have two freshman that actually play and are new to it, a grad student who’s new to it, a big man who’s first year. I feel like it’s coming along, but I feel like it’s something we can do better at.”

Coach Driscoll also expressed concerns for a year that’s been described in previous articles as “sluggish” or having “lids on the baskets” on KU’s athletic department’s website. Driscoll has coached KU basketball for 19 straight years and has the most wins as a coach in the university’s history, yet never has he had an issue with chemistry before.

“We’ve addressed it, and we have to keep continuing to address it,” said Driscoll. “You have a team trying to find its identity. We’re a lot better now than we were at the beginning of the year, and we’re hoping to get rolling and get into the playoffs and make something happen there.”

Following the game at Shepherd, Kutztown will have four games remaining on the schedule–two at home and two on the road–before the first round of PSACs.