The popular video conferencing application Zoom suffered from connectivity problems on Aug. 24, causing disarray for many students on their first day back to classes. 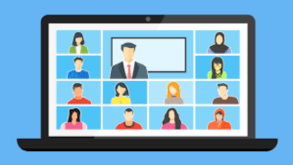 classrooms. This change has not been without issues as many students attempting to log into their virtual classes on the first day of class were unable to connect.

KU was not the only organization that suffered from these issues. Universities such as Bloomsburg, Temple, and Penn State suffered from similar outages. Some students could connect to their Zoom courses during the outage times, unaffected by the error that was taking place.

KU’s IT department released an email at 8:52 a.m. to the student body, detailing that they were aware of the issue. The department advised students to use the Zoom App on mobile devices as a work-around until the situation was resolved. The IT department added, “At this time, the errors appear to be on the Zoom end of things and not a KU technology issue.”

KU’s IT Department released another statement to students at 11:21 a.m. detailing their further awareness of the Zoom connectivity issues, explaining that they would keep the student body notified once they receive word that Zoom was fully operational. In this email, KU’s IT department also included information regarding using the application Microsoft Teams, another video conferencing application free to use for KU Students with access to Office 365.

The IT department delivered another email to the student body at 12:34 p.m. and stated that Zoom’s connectivity issues had been corrected and that Zoom “appears to be fully functional again.” The department stated that it would continue to monitor the situation and would provide updates once more information became available.

Founder and CEO of Zoom Video Communications, Eric S. Yuan, released a follow-up statement on twitter which included an apology to those affected. 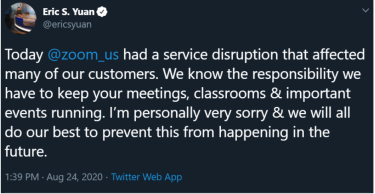