Gas prices are dropping and here’s why

Unleaded gas prices at Weis and Turkey Hill in Kutztown have fallen as low as $1.97 on the gallon and continue to drop as the country remains on lockdown.

CBS reported world oil fell 7% in the first quarter. The oil industry is facing a serious struggle to stay afloat, and there’s a few reasons why they face this challenge.

COVID-19 is the most prominent reason. With a massive amount of people in the U.S. staying home and off the roads due to curfews and social isolation, demand for gas hit a sharp decline. With borders shutting down and travel heavily restricted, airplane fuel demand is also at an all time low.

But even before the contagion, several oil companies were already logging bankruptcy. According to Hayes & Boone’s energy law firm, 50 oil companies have filed for bankrupcy in 2020, 33 of them being oil producers.

The Saudi-Russia oil-price war had also pinned the United States as a victim of a costly OPEC deal, leading to Saudi Arabia flooding the market with cheap oil and Russia threatening to cut oil production. Americans are suspecting this is to drive them out of business, and it may just work.

Bobby Whitacre, the VP of Impala Transport, said himself the oil industry is “Dead. Dead as it can be.” 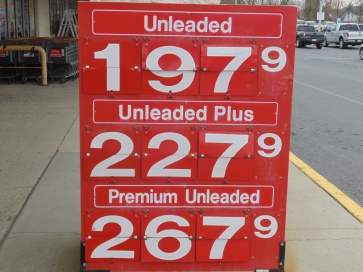 The worry for most CEOs of energy companies is that this may only be the beginning. Given the state of the current U.S. stock market, there’s no predicting when they’ll be able to get back up on their feet.

Drivers are raving about the recent gas prices, but this may be something that will have a lasting effect on the economy for years to come.