At approximately 2:30 p.m. on Nov. 19, 2017, Kutztown Police were called to the 500 block of East Main Street in Kutztown for a reported domestic incident with possible gunshots fired.

According to the borough police department, Catherine Kriebel, 39, of Kutztown, was found dead on the side porch of her residence. Police found Gerald Fusner, 50, also of Kutztown, across the street with a gunshot wound to his neck. 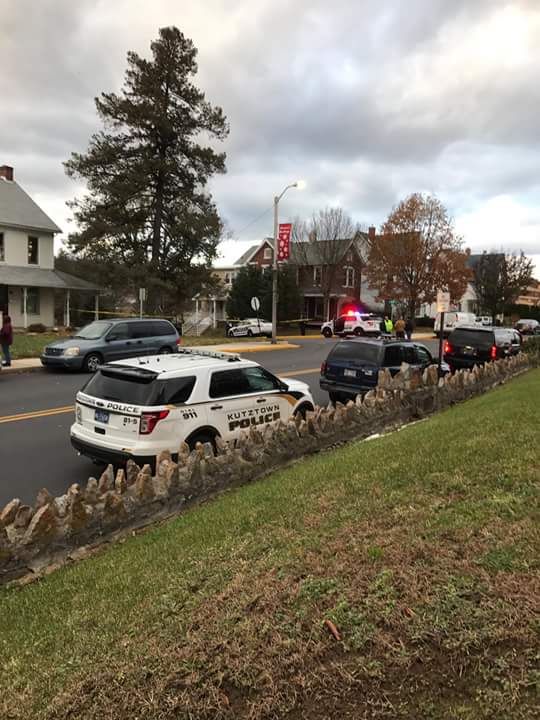 Fusner was taken to Lehigh Valley Hospital via medevac, where he is expected to recover, according to a police department press release.

The police department said an autopsy will be conducted to determine Kriebel’s cause of death. The incident is being investigated as a criminal homicide.

Police were assisted on the scene by KU’s Department of Public Safety, the Kutztown Fire Department, the Berks County District Attorney’s Office Forensic Services Unit and the Berks County Coroner’s Office, according to The Keystone’s Assistant News Editor Kaylee Lindenmuth, who was at the scene.

KU University Relations released a statement to students Sunday night, telling students there was “no immediate threat” to KU students.

“KU officials were notified of a domestic dispute in the Borough of Kutztown Sunday afternoon that has resulted in the death of at least one borough resident,” the statement read. “The incident occurred in the east end of the borough about one mile from the university. There is no immediate threat to the KU campus.”