Keystone Field work expected to wrap up within next two weeks

A $4.5 million renovation of Keystone Field is expected to wrap up within the next two weeks according to university officials.

The bulk of the project is expected to wrap up by Aug. 30, weather permitting, though “some work and final inspections will persist through the week of Sept. 9,” according to Bryan Salvadore, KU director of communications.

“The field may not be used until we receive a final occupancy inspection and an occupancy permit from the Pennsylvania Department of Labor and Industry,” Salvadore said in an email. “It is our goal to have all of this completed and the field ready for use by the first home women’s soccer game on Sept. 14.”

The project was outlined last semester at a Student Government Board meeting, in which they allocated $1.3 million in student funds towards the project.

KU President Dr. Kenneth Hawkinson spoke about the field in his State of the University address on Aug. 23. 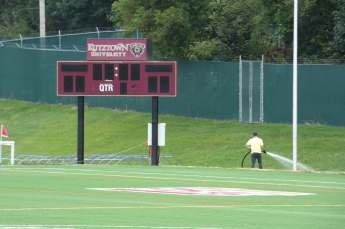 “The new field and lights will provide additional space to accommodate student use for intramural sports. It will also be the home game venue for women’s soccer, women’s lacrosse and many club sports,” Hawkinson said. “The project has been funded through student fees, and I am grateful to Braden Hudak, SGB president and other student leaders for their support of this important project.”

“Funded from our central budget, we will finally have bathroom facilities to serve those using the new field, as well as those who attend special events at the field house, such as commencement and recruiting events,” Hawkinson added. 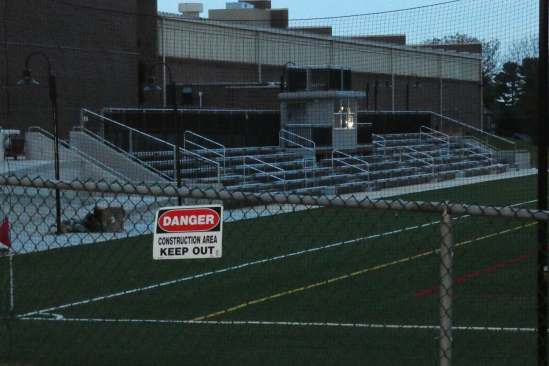 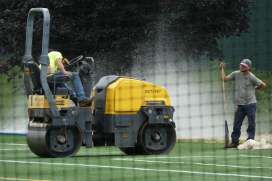