Venezuelan President Nicolas Maduro’s recent trip to the United Nations surprised everyone. The embattled despot offered to shake hands with President Donald Trump in order to reconcile their differences. Given Maduro’s position, this cynical but diplomatic offer may have been necessary for his own survival.

There has been increasing talk about military intervention as a means of toppling the corrupt, violent and autocratic Venezuelan government. In President Trump’s own visit to the United Nations, he wouldn’t rule out the possibility. Even the vapid likes of Marco Rubio has expressed a vague and tentative support for the idea.

This current rhetoric is the culmination of an increasingly deteriorating relationship that took a downswing under Hugo Chavez and has become accelerated during Maduro’s tenure. Over the past few years, the United States has instituted sanctions on Venezuela designed to economically isolate the country as it collapses into chaos. 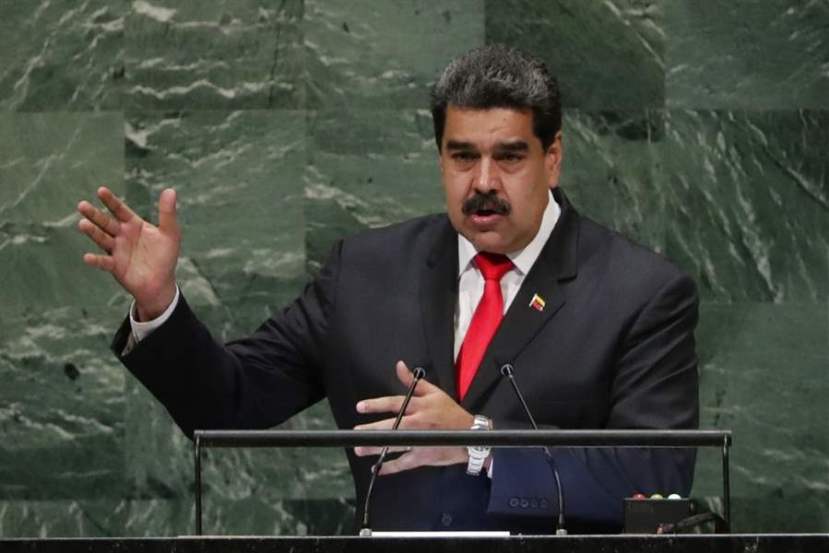 It has been estimated over 80 percent of Venezuelans live in poverty; incidents such as food truck robberies skyrocketed as basic life necessities became scarce, and over a million people have fled the country over the past year.

The sheer atrocity may lead many people to support military intervention in the name of liberating the Venezuelan people. Such an action would be a calamity. For one, America has supported many regime changes throughout Latin America over the years, and, generally, this has produced the likes of Augusto Pinochet and other dictators.

Even if America did not openly install a dictator, it is difficult to imagine a nascent and truly democratic government restoring order in Venezuela during a time of such crisis. Nicolas Maduro’s replacement would not necessarily be preferable.

There is also no guarantee that a regime would be easy. Unlike Chile circa 1973, the military is still loyal to the government, and even if Maduro was successfully overthrown, the situation may unfold in a chaotic and violent way reminiscent of Iraq. The fighting it produces may only exacerbate the suffering of the people.

Unfortunately, this does leave very many options open outside of sanctions and humanitarian aid, but an expansion of these existing policies would still be beneficial, albeit imperfect.

Recent sanctions have focused on individuals within the government. Instead, it is preferable to expand on existing ones against in order to further destabilize the government and accelerate its collapse. This may have negative consequences for the Venezuelan people, but anything less may perpetuate the survival of the Maduro regime.

Some of this damage could be offset through the expansion of humanitarian aid and receiving some refugees from Venezuela. Vice President Mike Pence has recently promised 48 million dollars towards helping the surrounding countries deal with the influx of people.

This could certainly be expanded upon to one degree or another given the proclivity of the American government to spend money on far less useful foreign entanglements including the likes of Israel, NATO and hundreds upon hundreds of military bases many countries don’t even want to be located there.

Aid intended to mitigate the humanitarian crisis combined with greater external pressure may finally bring about the collapse of the Maduro regime.