On Friday, Sept. 21, a North Carolina-plated Chevy van could be found in the MSU parking lot, marked with religious quotes such as “He who slaves is the slave of sin.” The van’s driver, Scott Krause, of Rowan County, N.C., was found a short distance away, preaching with a sign at the entrance to Rohrbach Library.

Krause preached to passing students, wearing a button-down shirt that said “Ask me why you deserve hell.” With him was a group of young men and women, either backing him up with anti-abortion signage from a bench behind him or by flanking different pathways on the north side of campus, distributing pamphlets. 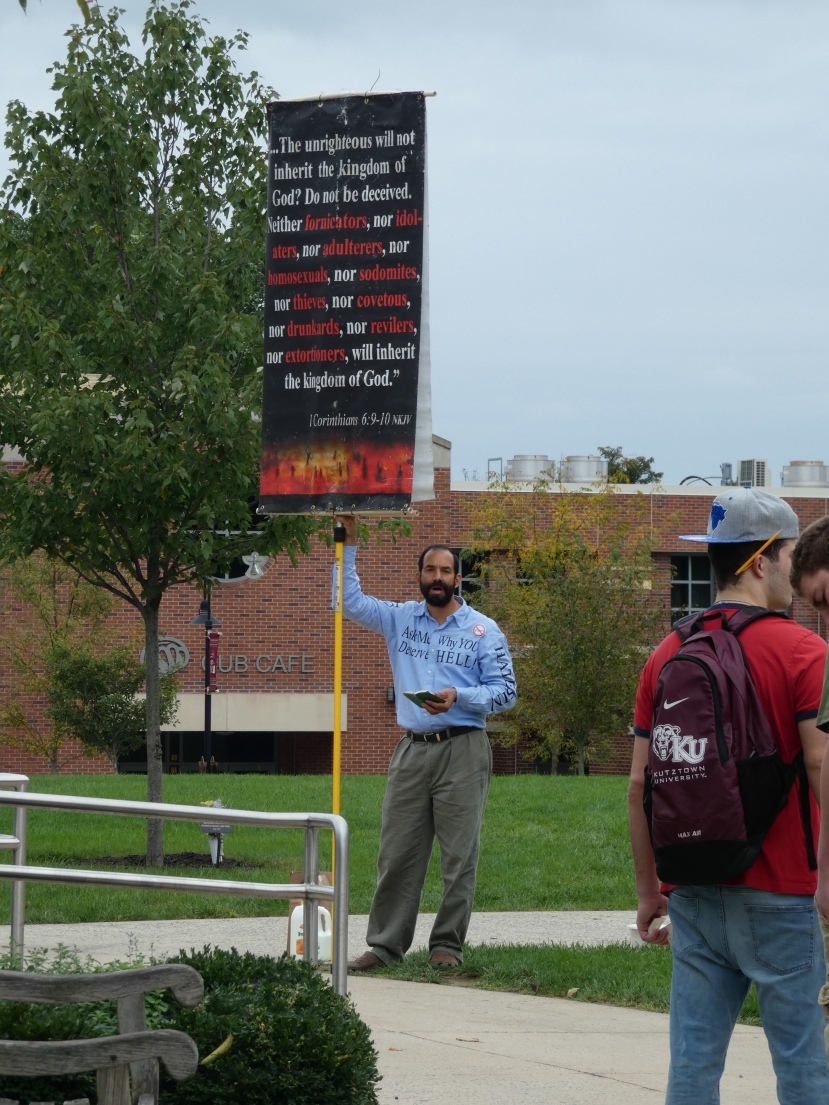 While KU Public Safety established a perimeter, as usual, Krause never drew a sizable crowd like Matthew 24 Ministries last November. He also wished not to take a verbally combative stance.

“Why would I try to draw people to God if I’m doing things contrary to what He says,” said Krause. “It doesn’t honor God for me to call people names, because every one of us is valuable in God’s sight… if you’re that valuable to God, why would I want to put you down?”

Krause continued to say it’d be contradictory to offend those he wanted to bring to religion, though his signage drew criticism from students who confronted him throughout the day. Krause stated that he is a member of Harmony Believers Fellowship.

Krause and his group stuck around for most of the day, and a small crowd came and went. When asked why he chose to come to KU to protest, he said his group had just attended a wedding in New Jersey.